Introduction – Midsurface Geometry and Meshing for FEA with MSC Apex 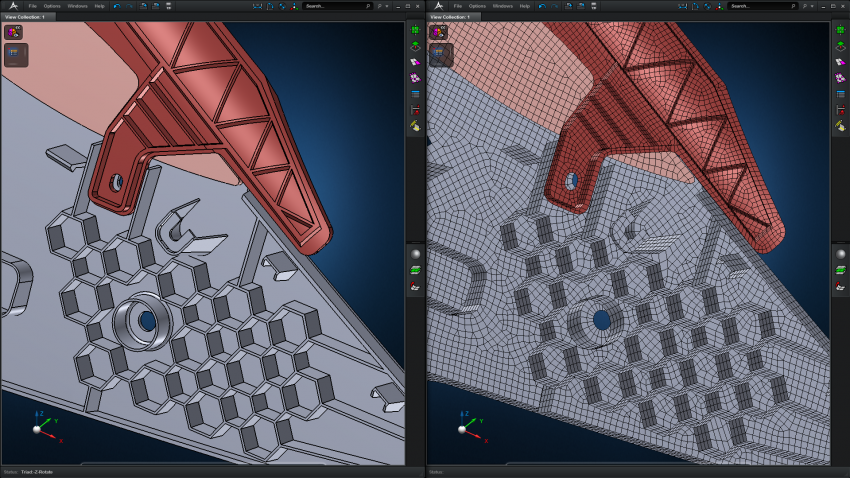 Different dimension elements can be used to represent the same geometry. An I-Beam (W Shape) can be idealized as 1D, 2D, or 3D elements.

Below are various examples of thin structures and their respective midsurface representations. 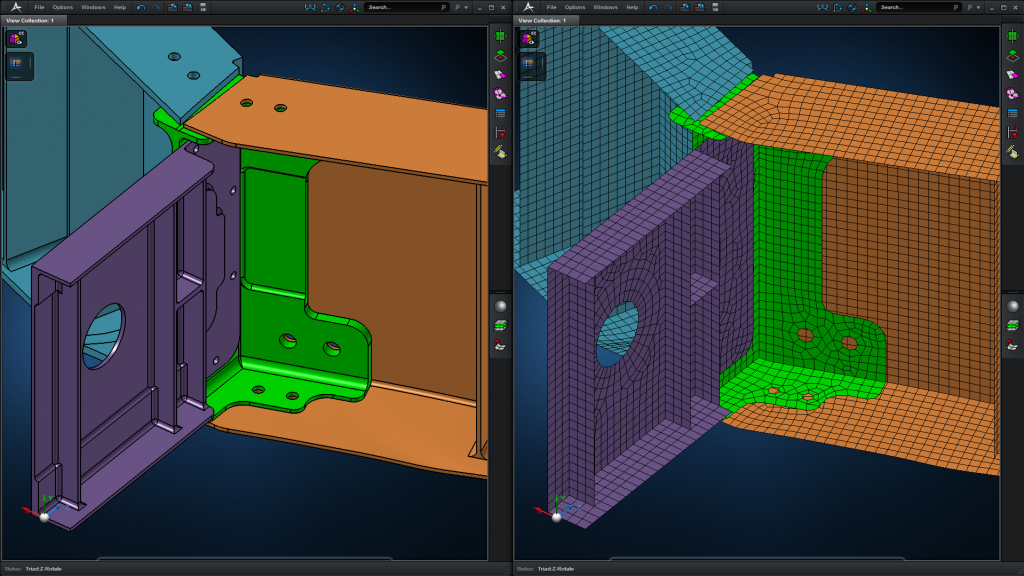 Caption: Built up connection of an aerospace application 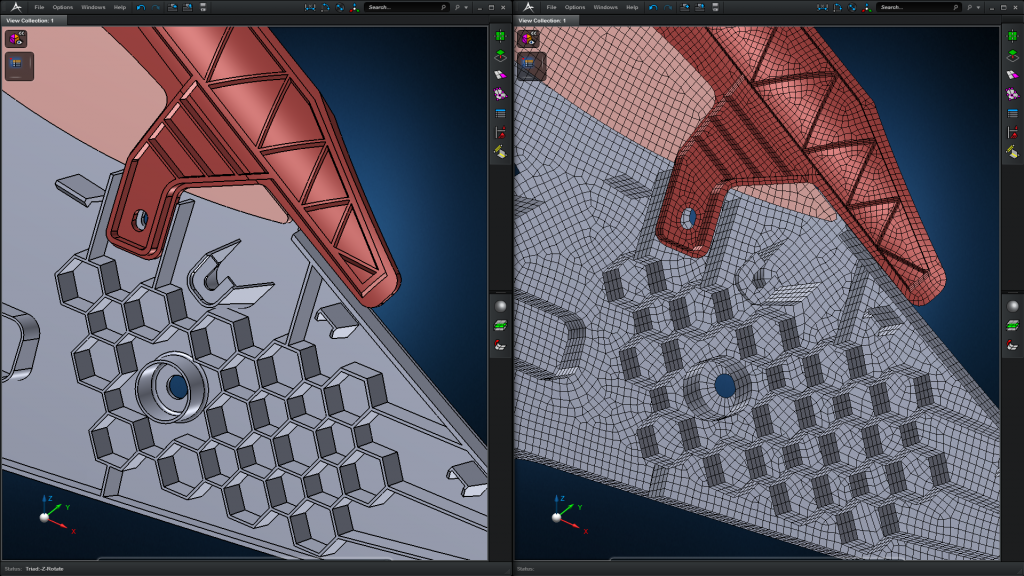 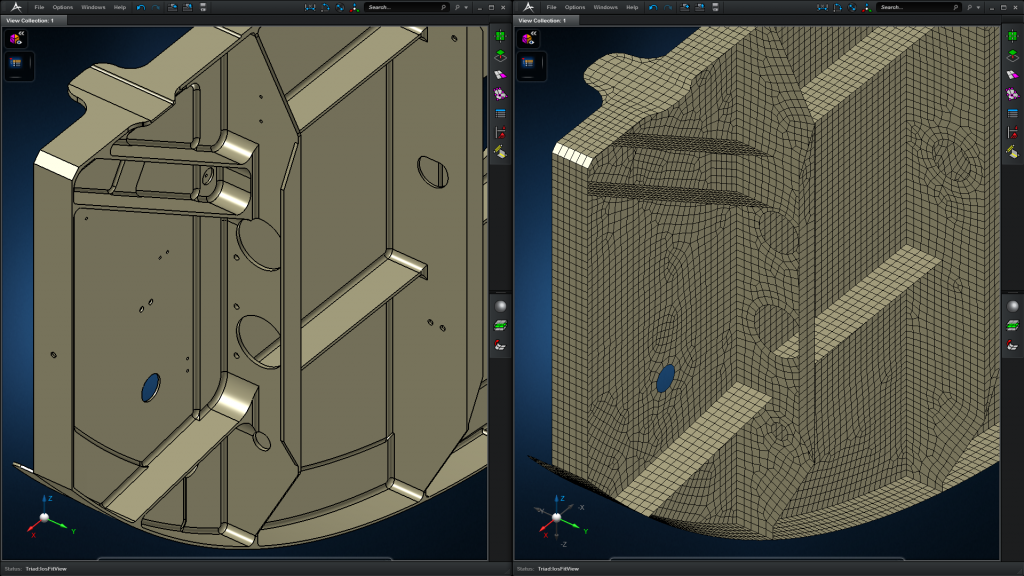 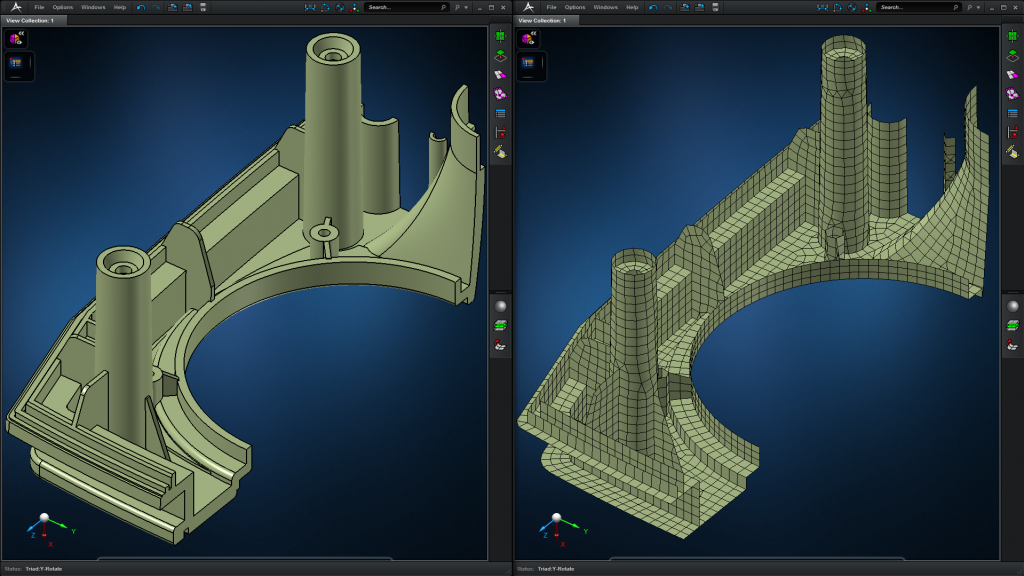 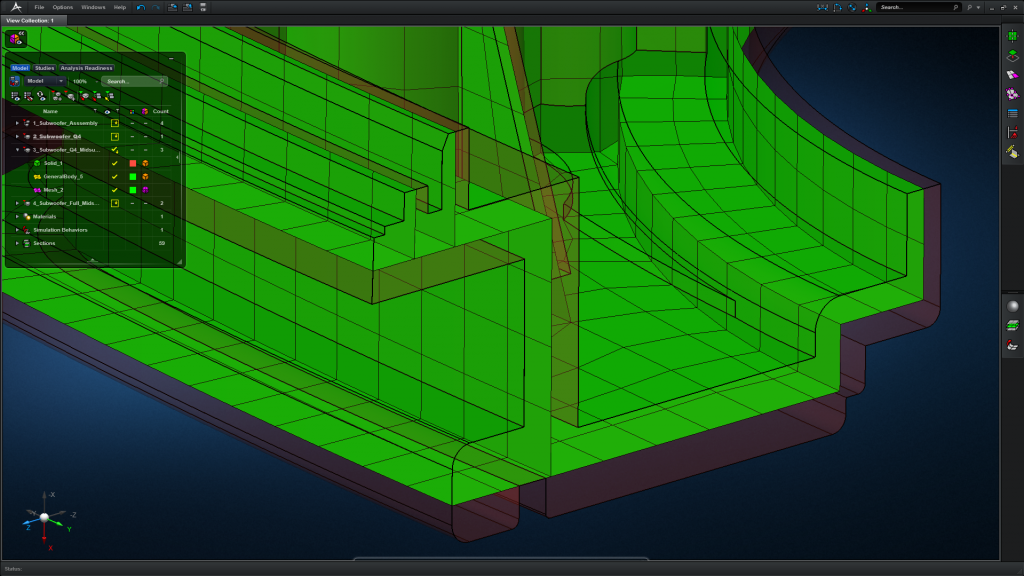 Caption: The midsurface is displayed within the original solid geometry 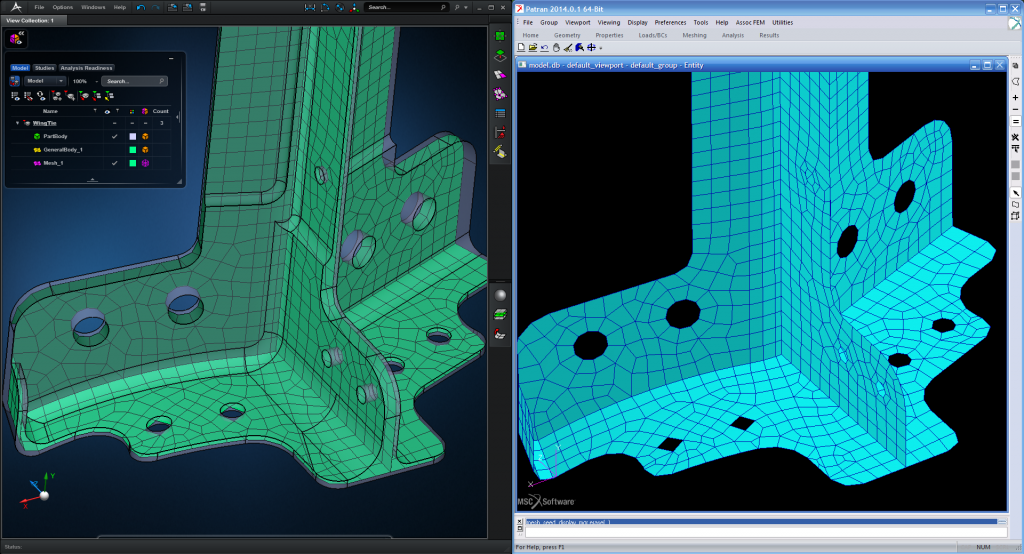