The characteristics of nonlinearity 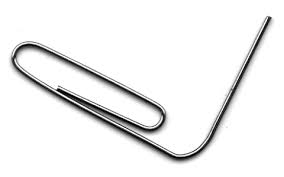 All physical processes are to some degree nonlinear – every day, the materials that surround us all exhibit either large deformations or inelastic material behavior. For example, pressing an expanded balloon to create a dimple (the stiffness progressively increases, that is the rate of deflection decreases the more squeezing force is applied), or flexing a paper-clip until it is bent (the material has undergone a permanent change in its characteristic response).

In general there are three major, and most common, sources of nonlinear structural behavior.

Many structures exhibit combinations of these three main sources of nonlinearity, and the algorithms which solve nonlinear equations are generally set up to handle nonlinear effects from a variety of sources.

To find evidence of possible nonlinear behavior, look for characteristics such as permanent deformations, and any gross changes in geometry. Cracks, necking, thinning, distortions in open section beams, buckling, stress values which exceed the elastic limits of the materials, evidence of local yielding, shear bands, and temperatures above 30% of the melting temperature are all indications that nonlinear effects may play a significant role in understanding the structural behavior.