The first U.S. F1 Grand Prix since 2007 takes place this weekend. It will air on the Speed Channel at 11am PDT for those interested. In preparation for this exciting event, I look back at one particular innovation made in F1. 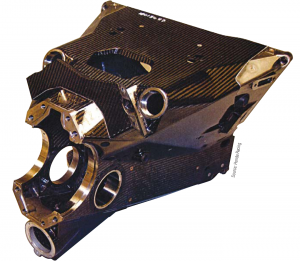 In 2004, the Honda Racing F1 Team produced what they considered a “jewel in the crown” in race car design. This so called jewel was a light weight composite gear box, and was just one of many innovative jewels in their 2006 F1 car/crown. The development of this composite gearbox included the creation of a computer model using Patran and MSC Nastran.

According to Sara Black, Technical Editor at Composites World, “Engineers subjected the resulting computer model to a wide range of load cases to determine the margin of safety (MOS) to find first ply failure.” The model and analysis was constructed using Patran and MSC Nastran, respectively.

Honda Racing F1 would go through an ownership change in 2009 and would eventually become Brawn GP. Ironically the team would win its first World Championship the following season with 172 points. Brawn GP would go through another change, and today is known as the Mercedes AMG Petronas F1 Team. 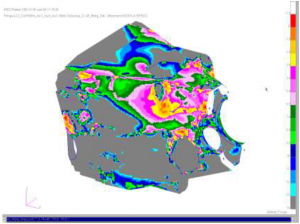 Gearbox simulation(FEA) model in Patran with results from MSC Nastran. 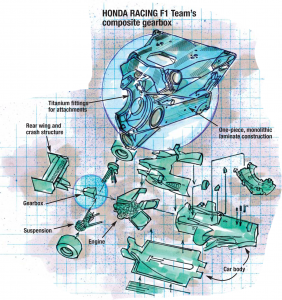 Want to learn more about Composites?

Fields in Patran are used whenever you need to define variable (non-constant) data. Applications include material properties, element properties,...