Compumod is pleased to announce that its Finite Element computer simulation has been used to assist in the design and planning of the recently unveiled record breaking one tonne gold coin cast by The Perth Mint.

Weighing a massive one tonne of 99.99% pure gold, the monumental coin measures nearly 80cms wide and more than 12cms deep.

Prior to the casting, Compumod was engaged by The Perth Mint to create a computer simulation of the planned pour in order to assess the mould and mould fixture’s integrity to ensure they did not deflect to a point whereby the critical dimensions of the coin were affected.

Compumod undertook this work using MSC Software’s Marc nonlinear software. The software enabled Compumod to undertake a Nonlinear Transient Finite Element Analysis (FEA) of the pour. Once completed, Compumod was then able to accurately predict temperature distributions and deflections of the mould and mould insert during the pouring of the 1,000 kg of 1,300 deg C molten gold into the mould.

Compumod’s results helped to reassure us that the design we had commissioned for the mould and inserts was up to the task and would produce the high quality gold coin we have today.

Peter Brand, Technical Director of Compumod said, “At Compumod we have undertaken many interesting types of projects but this was definitely a one off! Due to the amount of gold being poured and its temperature, we had issues not just with the heat transfer and the variation in material properties of the mould and insert, but also the hydrostatic pressure of the gold itself in the mould. I am pleased to say that our analysis confirmed that the as designed mould and inserts were up to the task and we are proud to have been in a small way associated with this record breaking casting.”

Phillip Kruger, Services Manager for The Perth Mint said, “I engaged Compumod for this task as we had never before cast such a large coin and were concerned about the adverse effects of the forces and temperatures involved in 1 Tonne of molten gold. Compumod’s results helped to reassure us that the design we had commissioned for the mould and inserts was up to the task and would produce the high quality gold coin we have today.”

Want to add me to your Linkedin network? Write me a Linkedin message, mention this blog, and I'll add you. 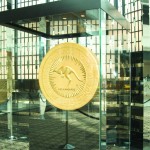 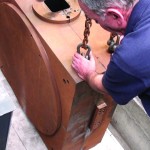 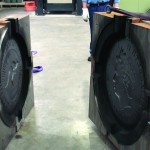 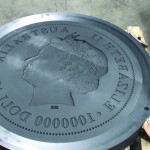 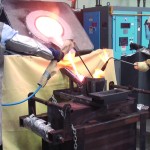