Why is NIVIDIA GPU computing in MSC’s FEA programs so fast?

Improve your FEA of composites

Answer: Desktop Engineering recently did an article going detailing some of the reasons why engineers can do FEA faster with GPU computing. I have provided a copy of the article below. 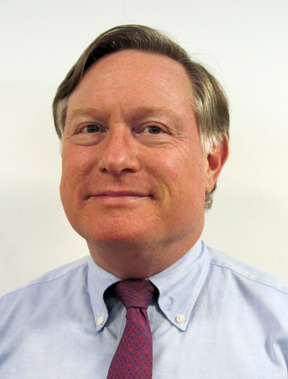 NVIDIA’s footprint is most prominent in MSC Nastran, a FEA package, and Marc, an advanced nonlinear simulation package. Both are programed to benefit from GPU acceleration. More GPU-related enhancements are expected to appear in MSC Nastran 2013, set to release next month.

“GPU allows [design engineers] to, within a certain amount of wall clock time, process a larger model, therefore get greater purity in their solution and be more confident in their simulation,” Wertheimer explained. (Wall-clock time is different from simulated time. Software simulation of a five-minute event involving complex physics, for example, could take much longer than five minutes wall-clock time to process.)

Wertheimer pointed out that for simple linear simulation jobs, GPU acceleration may not make a huge difference. However, larger models tend to benefit from GPU acceleration. “If you have a model or a fluid mechanic problem where the number of degrees of freedom or equations is, in finite element (FE) terms, greater than a million, you can benefit from using the GPU,” he said.

CFD jobs tend to benefit from GPU acceleration because, in Wertheimer’s words, “They’re chunky. They’re three dimensional. The structure is solid. The computation is intense.”

Srinivas Kodiyalam, NVIDIA’s point man for strategic alliances, high performance computing (HPC), observed, “The sparse solver [commonly used in simulation software] operations are GPU-accelerated. So any job that uses the sparse solver is eligible for GPU acceleration. One thing to keep in mind is, the analysis needs to provide sufficient work to keep the GPU busy. Models that use solid elements tend to create blocky matrixes that provide sufficient work for the GPU.”

The other appeal of GPU is its cost effectiveness and smaller space requirement. The NVIDIA Tesla K20 GPU, for example, is crammed with 2,496 processing cores — far more parallel processing cores than you can expect from a latest generation CPU.

Under MSC Software’s licensing policy, you’re required to pay a set fee to enable the software for GPU acceleration. The fee remains the same no matter the number of GPUs deployed, Wertheimer explained. By contrast, most simulation software vendors, including MSC Software, require additional fees for additional CPU cores deployed (the more cores you use, the more you pay).

According to Wertheimer, MSC Software’s internal studies show that, when solving models with about 3 million degrees of freedom, 15% more investment in licensing cost and hardware yields about 2 times faster computation.

“Everybody is moving toward utilizing more cores to solve larger models,” said Wertheimer. “You really need a balanced system. It’s not about just GPU performance. It also has to do with memory performance. We’re working with NVIDIA to determine how they can build the best chip for structural engineering [MSC Software’s specialty], and how we can best use their technology for our customers.”

Wertheimer will be attending the upcoming NVIDIA GPU Technology Conference (GTC). Whereas NVIDIA’s enigmatic CEO Jen-Hsun Huang usually appears on stage in a black T-shirt and jeans (an outfit also sported by the late Steve Jobs), Wertheimer said he could be easily recognized by the red-tie that has become his trademark.