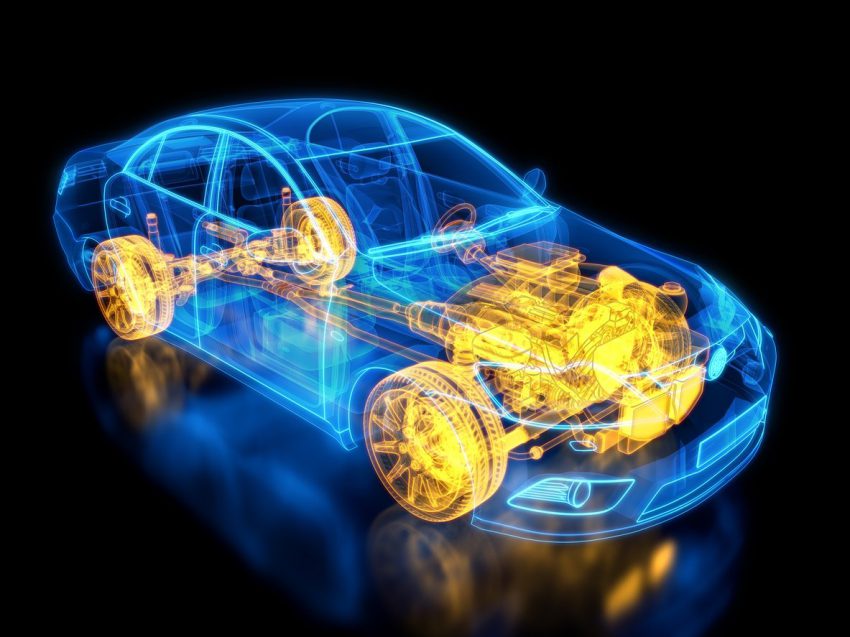 In Part 1 of our blog series focused on Real Time simulations, we introduced Adams Real Time and detailed how it expands the traditional Adams application set and brings value to new engineering domains such as testing, calibration and autonomous development. We illustrated this value via a case study on how the Ford Motor Company accelerated its transmission calibration processes using Adams enabled Hardware in the Loop simulations.

In this follow-up, we focus on the core benefits of Adams Real Time and its primary differentiators.

Real-time compliant vehicle dynamics models for Hardware and Driver in the loop simulations have traditionally involved a low number of Degrees of Freedom (DOF) – typically around 20. While these Reduced Order Models (ROMs) are a valid approach for some real-time applications, compromising on the number of DOFs is no longer a requirement for real-time computation.

High fidelity Adams models that are currently deployed in engineering design and development groups can now be repurposed for applications such as Hardware in the loop simulations. The ability to reuse simulation models creates a consistent modeled representation that serves as a single source of truth for the system under investigation. No longer is there a need to maintain separate toolsets for offline and online simulations and perform error-prone model translations between these tools. Both cost and time savings can be realized from this one-tool one-model approach.

MSC Software has designed Adams Real Time to preserve the topology and parametrics of the MBD-modeled system in real-time applications. This makes it possible to maintain elements such as hardpoints, joints, springs, dampers, and bushings and make modifications without the need to calibrate a new Reduced Order model for every change and application. As such, the model can capture higher frequency characteristics in the system responses, and different configurations can be introduced and explored with shorter turnaround time. 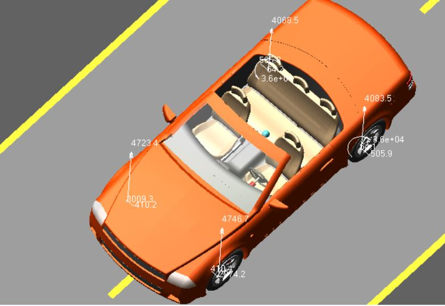 The frequency characteristics in an MBD simulation dictate the level of detail and fidelity required in the real-time model. In general, the higher the frequency response, the higher the model fidelity required. Utilities are available in Adams to generate part and sub-system models of varying levels of fidelity.  These “variants” can then be selectively deployed in real-time applications depending on the underlying simulation intent. 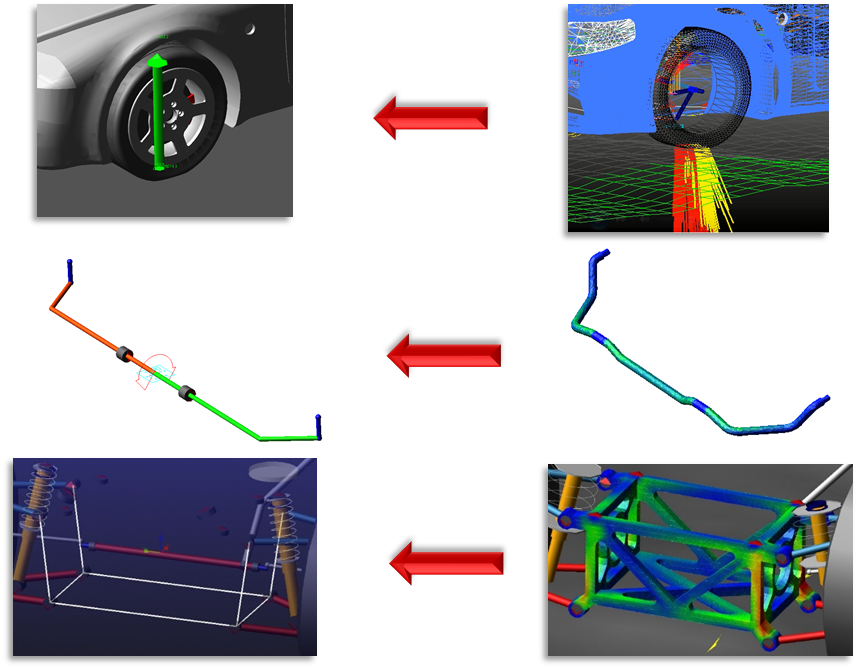 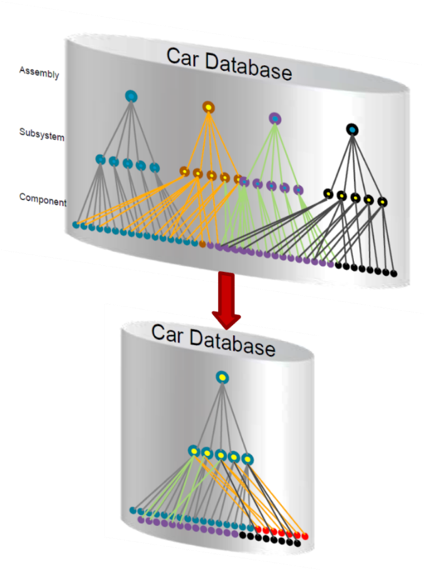 These benefits fundamentally impact vehicle development by lowering the cost to innovate. In upcoming blog posts in this series, we will detail specific applications that Adams Real Time enables and their engineering benefits.