Question: How can FEA be used to model the gradual failure of adhesives in composites?

Answer: You use the cohesive zone modeling technique.

Unlike virtual crack closure, cohesive zone modeling uses an interface element to model t he adhesive joint that is failing. This gives the advantage that we can have a failure model for the adhesive which allows a gradual release. This is suitable for flexible adhesives. Figure 8 shows a typical stress/strain plot for a cohesive material. The area under this represents the “cohesive energy” or critical energy release rate. 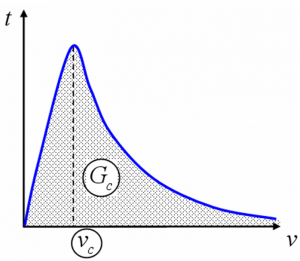 This failure modeling approach is more appropriate for a non-brittle failure mode, which may be more common than we think! Epoxy resins do show a visco-elastic behavior which is not really brittle.

Watch a webinar on modeling composites. Jump to 32:40 for more on CZM.

The expansion of additive manufacturing has created a need for simulation and data management tools that will help engineers...