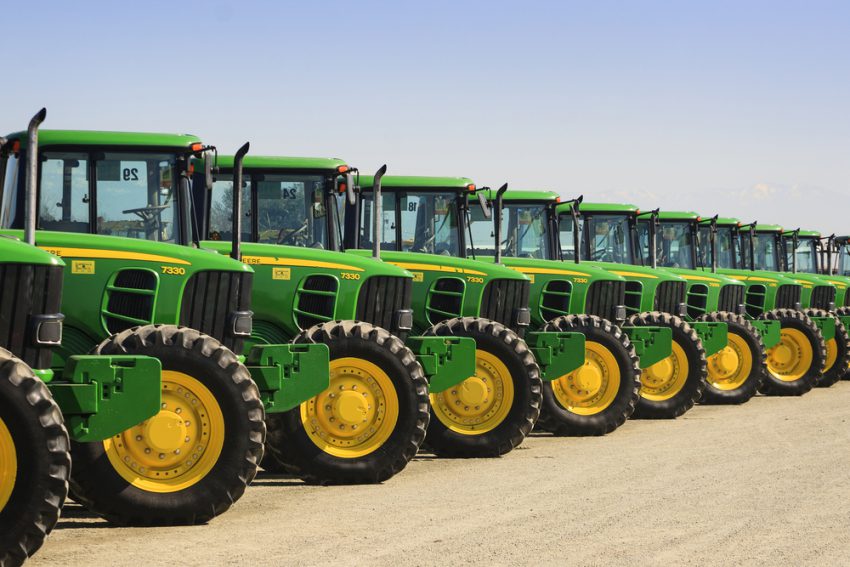 In the agricultural and heavy machinery industries, durability and strength are some of the most important indicators of quality. Maintaining high levels in these areas requires the application of many different tests and assessments to the end product. However, one of the most time-consuming parts of the production is the lengthy process of building physical prototypes, testing them for durability, then redesigning several parts and starting all over again. This process can significantly extend the time it takes to get a product to market. This was the case for John Deere Welland Works while developing a 20-foot rotary cutter system.

John Deere engineers were trying to reduce the time and increase durability of their 15-foot and 20-foot Flex-Wing rotary cutters, which are used by farm operators, road side maintenance companies, and municipalities. These areas of usage require the machine to be extremely durable. Traditionally, Deere had relied on series of physical tests to ensure survivability of its products. “In the past, we had to keep building new prototypes and testing them on this fixture until we were satisfied with their life” says Terry Ewanochko, product engineer for John Deere Welland Works. “The problem was that prototypes are very expensive and take a long time to build and test. When we found problems with one or more major structural components we would have to redesign and rebuild the prototype, and start the testing again several times. This build-and-break process had to continue until the quality level was acceptable.“

Using MSC’s Adams software, John Deere engineers were able to build a virtual prototype of the entire cutter. They implemented physical durability tests with virtual prototyping into the early design process. “Using the new method we have reduced the number of physical prototypes from three or four previously, down to two, and now one on our two most recent designs. These time savings made a big contribution to the dramatic reductions in the development cycle on our latest products,” Ewanochko says. The results of virtual tests showed a very good correlation with early physical tests. Before implementing simulation, testing typically took several months. After implementing simultation, Deere engineers completed each design and test cycle in only one or two weeks after virtual test simulation integration. “As a result of these improvements and others in different areas of the design process, we were able to reduce the development on the 20-foot cutter to about two years. This was only half as much time as we had ever been able to do previously, based on the best time-compression techniques used in the past” says Ewanochko.