How to Improve FEA for Progressive Failure Analysis of Composite Laminates

Home   /   Uncategorized   /   How to Improve FEA for Progressive Failure Analysis of Composite Laminates
7
May
May 7, 2014
by Product Marketing
Tweet

Figure 1 : Failure a UD laminate under tensile loading. Various mechanisms occur in and between plies.

A promising approach to model the progressive damage of the composite is to use a micro-macro approach. Such an approach is using the material behavior of each constituent to predict the behavior of the resultant composite by taking into account the microstructure (fiber amount and fiber orientation). This solution leads to a more accurate stress and strain pattern in the composite and therefore to a better prediction of the damage and failure of the composite. 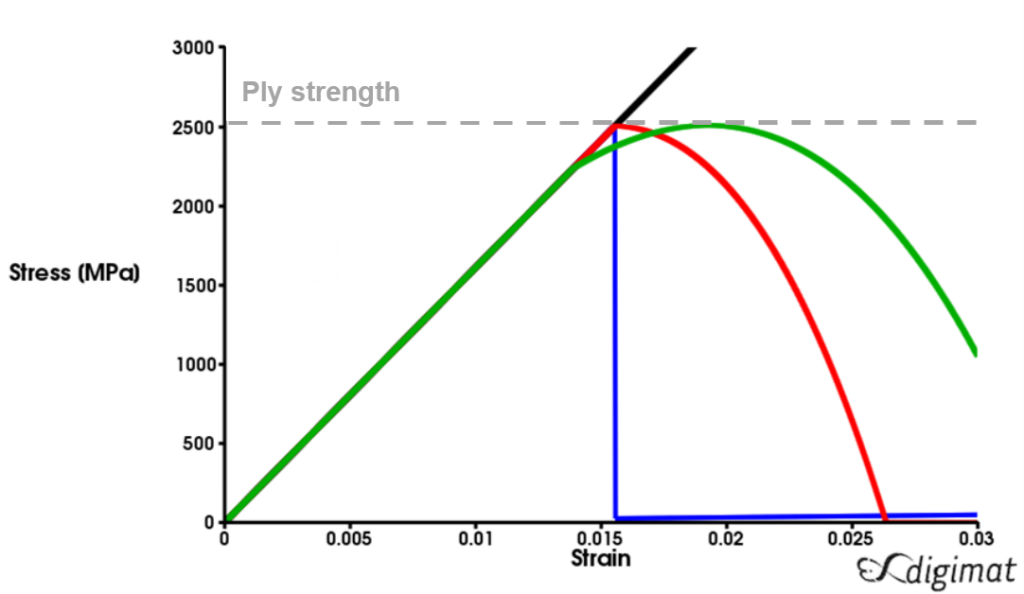 The calibration of this model requires few experimental data measured on plain coupon. Coupon is here a lamina and not a laminate. Each test must be performed till the failure of the lamina and the evolution of the force vs. displacement must be tracked. This force/displacement is then transformed in a stress-strain curve to calibrate the material model in term of stiffness. The failure and damage model is calibrated in a second step from the failure observed during the test. A minimum of five coupon are needed:

This model is, of course, not limited to the failure prediction of coupon but can be used on any type of composite component. The progressive damage model available in Digimat, the multi-scale material modeling platform developed by e-Xstream engineering is based on this approach and can be coupled with many FEA programs such as MSC Nastran and Marc to predict the failure of complex component.

If you would like to learn more, feel free to write me at

. Please include a link to this blog post when writing.

While additive manufacturing of reinforced polymers is appealing and increasingly considered for production of actual parts, major obstacles must...

Composites, Uncategorized
No Comments
The complexity of composites vs. traditional metallic materials has forced aerospace manufacturers to complete 7-20x more tests than before...